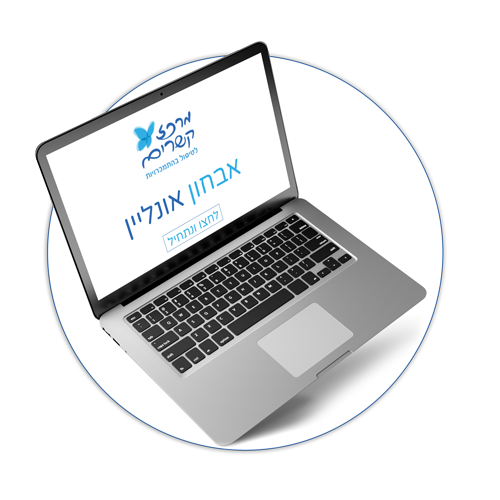 At Kesharim , we combine Adlerian psychology with the Twelve Steps program. Despite the differences between these two approaches, they share a common goal: teaching the participant to make cognitive and behavioral changes in order to ease his suffering and allow him to become a contributing member of his family and society.

Alfred Adler lived in Vienna at the beginning of the twentieth century. He was a colleague of Sigmund Freud until their paths separated following a professional rift between them.

Adler took a positive view of human nature. He saw man as a social animal whose basic need is to belong and who will do anything to avoid feeling that he does not belong. Most people satisfy their need to belong by being contributing members of society. Some, in their striving to belong, will engage in less positive behavior. Others choose a different path. Instead of trying to belong, and usually as the result of repeated unsuccessful attempts to belong, they focus on escaping the intolerable feeling of not belonging.

Addiction is usually an escape from feelings of not belonging. Occasionally, it is a means by which the addict satisfies his need to belong. To understand how this can be so, we need to recognize that, as Adler explained, people’s interpretation of their environment and of their place in that environment is subjective. Behavior that to outsiders is senseless and self-destructive may be rational to the individual engaged in that behavior. Given his view of himself and of his surroundings, his behavior is the most logical way of satisfying his most basic needs.

However, at some point, the addiction ceases to function as the solution and becomes the problem. Even from the subjective perspective of the addict, the cost of escape becomes too high and he faces losing what little belonging he did have.

In order to treat the addict, we delve into his world and, together, uncover his private logic (what Adler referred to as his “lifestyle”) and the history that led up to adopting that lifestyle. Gradually, the addict comes to the realization that the belief system underlying his view of the world is his own and that retaining that belief system is contrary to his own best interests. He learns to modify his private logic, which may have been necessary for survival in the past but is now detrimental, and to adapt a lifestyle appropriate to his present surroundings. Through cognitive and behavioral change, he is able to reach the point where there is no conflict between his subjective view of the world and objective logic.

At the same time that Adler was developing his philosophical and psychological theories in Vienna, Bill Wilson was suffering from a severe case of alcoholism in New York. He tried all of the known treatments, but he could not stop drinking and was on the brink of despair. Fortuitously, he met Dr. Bob Smith who also suffered from alcoholism, and together they discovered that by helping each other they could stay sober.

Together, they created “Alcoholics Anonymous” (AA) and developed the Twelve Steps program. Their system proved successful even for the most challenging cases and became a model that was adapted to other types of addiction. Today, Twelve Step groups exist for all types of addiction, including gambling (GA), sex (SA), and overeating (OA). The program has successfully helped millions of addicts around the world.

At the heart of the system is the concept that addiction is an illness and that until the addict hits “rock bottom” and is completely helpless, he will not stop using. However, even then the idea of stopping one’s addiction forever is liable to be overwhelming. Therefore, the addict commits to stopping one day at a time. He is told that he has friends upon whom he can rely and that he can and must contact one of them or find a group, any time of the day or night, if he feels that he is on the verge of using.

Simultaneously, the addict learns and internalizes the message of each of the Twelve Steps. He undergoes a transformative process that eliminates, or at the very least reduces, the need to escape via the addiction.

In brief, the Twelve Steps are as follows (the Steps are written in the first person plural to emphasize that only by leveraging the power of the group can we grasp reality as it is and accept ourselves as we are):

First Step: We Admitted We Were Powerless Over the Addiction – That Our Lives Had Become Unmanageable

The addict must reach a point of helplessness before he can begin the process of healing.
An addict is a person who has suffered greatly and has searched for a solution to numb his pain. He turned to gambling, food, alcohol, sex, or some other outlet and gradually became dependent upon this behavior in order to continue numbing the pain. At some stage, the “solution” becomes the problem. The addict no longer gets relief from his pain, and the addiction becomes an additional source of suffering.

This is the point at which he experiences helplessness and despair.

Second Step: We Came to Believe That a Power Greater Than Ourselves Could Restore Us to Sanity

Having reached the stage of helplessness, the addict encounters tremendous loneliness. This is where the fellowship of the group comes into play.
The Second Step bestows the insight that a power greater than he can return him to sanity.
This power can be the power of the group. Some refer to God as the higher power.

Third Step: We Made a Decision to Turn Our Will and Our Lives Over to the Care of God As We Understood Him

It is not enough for the addict to recognize the fact that a higher power can help him. He needs to be ready to request help. This step is particularly difficult for those who are used to relying on themselves alone.

The addict must condition himself, in times of stress, to contact a friend and share with him the difficulty and/or to pray to a higher power and to ask for assistance.
At several junctures (the Third, Fifth, Sixth, and Eleventh Steps) the text of the Twelve Steps refer to God. This reference often disturbs people who consider themselves atheists or agnostics. It is important not to let this become an impediment to adopting the program. Although your own belief structure might be different, you should recognize that for many people, particularly for people in despair, identifying God as their higher power greatly assists them in their healing process. However, the word “God” in the Twelve Steps is simply shorthand for whatever the individual addict considers the higher power upon which he can rely (for example, the group). This is why the Steps explicitly refer to “God as we understood him [emphasis in the original text]." No particular theological outlook is implied or required.

Fourth Step: We Made a Searching and Fearless Moral Inventory of Ourselves

This step requires the addict to make a list of all the resentments towards others that he has built up over the years. He carefully examines how each person or institution on his list hurt him emotionally, physically, or materially.

Fifth Step: We Admitted To God, to Ourselves, and to Another Human Being the Exact Nature of Our Wrongs

Sixth Step: We Were Entirely Ready to Have God Remove All These Defects of Character

It is not enough for the addict to recognize that he has character flaws similar to those of the people at whom he is angry. He must also be willing to relinquish those character flaws.
For example, if he was hurt by someone who controlled him and then discovers that he himself has a controlling personality, he must be willing to relinquish his controlling nature. It will most likely be very difficult for him to do so without receiving help from a higher power.

Seventh Step: We Humbly Asked Him to Remove Our Shortcomings

Having decided that that he is prepared to give up his character flaws, the addict needs to ask aloud for assistance. This process reminds him that he is dependent upon others for help and cannot rely on himself alone.

Eighth Step: We Made a List of All Persons We Had Harmed and Become Willing to Make Amends to Them All

Having discovered that he hurt others in the same way that he was hurt, the addict understands that he must ask for forgiveness and becomes willing to do so.

Ninth Step: We Made Direct Amends to Such People Wherever Possible, Except When to Do So Would Injure Them or Others

The insight that he needs to seek forgiveness leads the addict to approach those whom he hurt and actually apologize.
When an apology would cause further harm to the other person, the addict should not apologize. In such a case, the addict will describe to a group of addicts what he did and will effectively undergo the process of apology without causing further harm to one he hurt previously. Turning to the group is also appropriate when the person he harmed is no longer alive or for some other reason cannot be contacted. The addict will also ask forgiveness from himself for his actions.

Tenth Step: We Continued to Take Personal Inventory and When We Were Wrong Promptly Admitted It.

This step guarantees continual repetition of Steps Five through Nine.

Eleventh Step: We Sought Through Prayer and Meditation to Improve Our Conscious Contact with God, As We Understood Him, Praying Only For Knowledge of His Will For Us and the Power to Carry That Out

This step teaches humility and forces the person to ask himself how he can contribute to society. As already noted, person does not have to believe in God to complete this step.

Twelfth Step: Having Had a Spiritual Awakening As the Result of These Steps, We Tried to Carry This Message to Alcoholics and to Practice These Principles in All Our Affairs.

Having gone through eleven steps, wherein he changed his perception of himself and others, learned to deal with crises, and acquired tools to stay sober, the addict now passes the message forward to others.

He attempts to pass on the message to others and to instill in them hope. He tells them where he was and where he is and particularly what helped him. He continues to act in accordance with these principles in his daily life.